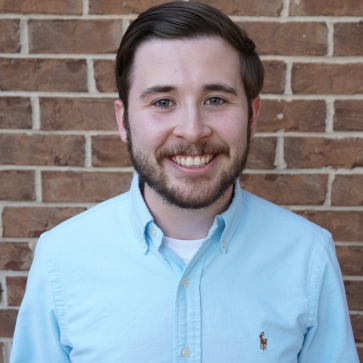 Robert has obtained a Bachelor of Science in Journalism and Emerging Media, with a minor in Political Science, and a Multi-Platform News Reporting Certificate. He was a member of national communications honor society, Lambda Pi Eta. Robert graduated in December of 2018. He is educated in multiple journalistic platforms, including print, radio, television, internet, photojournalism, and investigative reporting. He has as well studied travel writing abroad in Paris, France.

Robert was the Student Life Editor at The Peak, Kennesaw State University’s student magazine. He has also been published in the Kennesaw State University newspaper, The Sentinel, and was an official staff writer on the newspaper. He has 5 years of work experience in customer service, social media marketing, and managing a team of up to 3 employees. He is skilled in Microsoft Office (Word, Excel, PowerPoint, Outlook, OneNote, Access), several Adobe programs (Photoshop, Lightroom, Illustrator, Premiere, Audition, After Effects) and low-level programing such as Java and HTML.

Robert is a creative and tenacious college graduate with a passion for journalism and politics, and is very much looking for room to grow and to learn more about the industry.